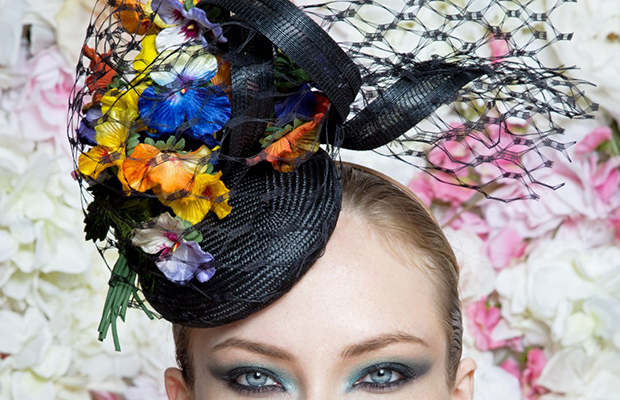 London milliner Philip Treacy has become synonymous with haute couture hats and fascinators and in more recent times, ready to wear hats and handbags. Looking at his works, it?s easy to see how.

Over the past two decades, Philip?s hats have been among the fashion world?s most extraordinary creations. They have attracted the attention of iconic image-makers and icons from Grace Jones to Lady Gaga, Madonna to the Duchess of Cornwall and the greatest photographers of the era, including such legends as Irving Penn and Richard Avedon, along with Steven Meisel, Mario Testino, Bruce Weber, and Patrick Demarchelier, have chosen Treacy?s hats for some of the most memorable fashion images of our times.

A Knight Commander of the Order of the British Empire, Philip Treacy is a five-time winner of the British Association of designers and many other high awards. Today his works are not only exquisite items of clothing, but also valuable museum objects. In fact, the master?s imagination is absolutely limitless; a flower, a swan, a bird cage, a head of a horse, a carousel, a plate, a lobster, a butterfly, a ship, a spiral, a horn, a telephone, wood, a wrist and even… an ashtray with a cigarette! The designer constantly experiments with palettes and shapes and uses for his works; feathers, artificial and natural flowers, various plants, plastic, metal, fur, textile, electrical devices and so on.

For hat inspiration or to purchase one of the designer’s showstopping creations, visit Philip Treacy.