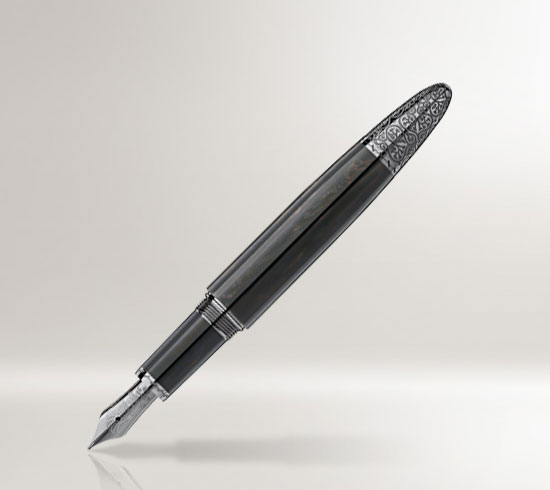 Last year, Montblanc paid tribute to a selection of great writers, whose work has become part of world literature, by introducing a Writers Edition selection of writing instruments. This year, the luxury retailer has released a limited edition piece, as it pays tribute to one of the most important personalities in the history of literature, Daniel Defoe.

Referring to Crusoe?s unsuccessful attempts to escape the island on a raft, the shape of the Daniel Defoe limited edition fountain pen is modelled on his paddle. Fine engraving typical of the 18th Century decoration that adorned the original book cover is featured on the cap ring and cone and the elaborately decorated clip is in the shape of a feather, reminiscent of Crusoe?s loyal parrot ?Poll?.

With only 10,000 pieces produced, Montblanc will guarantee the uniqueness of every piece with an issue number engraved on pen?s cap.