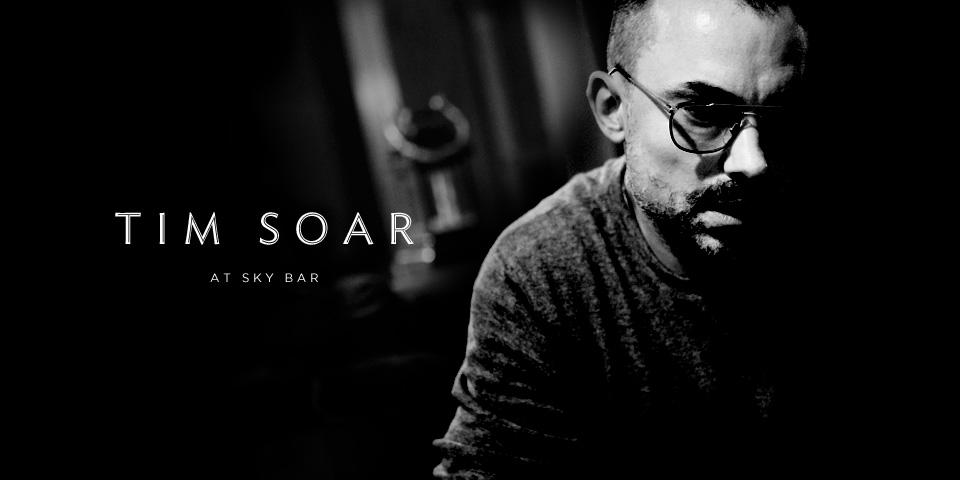 On Friday 30th March, Sky Bar opens to Tim Soar and a limited guest list of 100. The first in a series of guest DJ invitations at Aviator – a hotel by TAG, Tim will deliver a set in his usual style and in a way synonymous with some of London’s best known private venues. As creative head of Music Concrete, Tim has curated sounds for many of the leading UK and international fashion designers and design houses.Starting out as a young impressionable creative immersed in the influence of east end graphic design and music production, Tim began DJ?ing the London club scene before producing music for the designer catwalk shows of Prada, Fendi and LVMH. Since 2009 Tim has added another string to his bow of creative output, launching the Tim Soar design label.

The evening will be sponsored by Veuve Clicquot with a complimentary glass of Champagne included for guests. Sky Bar’s resident mixologists will be concocting their renowned assimilations of spirits as normal throughout the evening, and marking the occasion with the launch of a new Martini.

The guest list is now full. To add your name to the wait list please email Megan on: ms@aviatorfarnborough.co.uk. Over 25’s only.