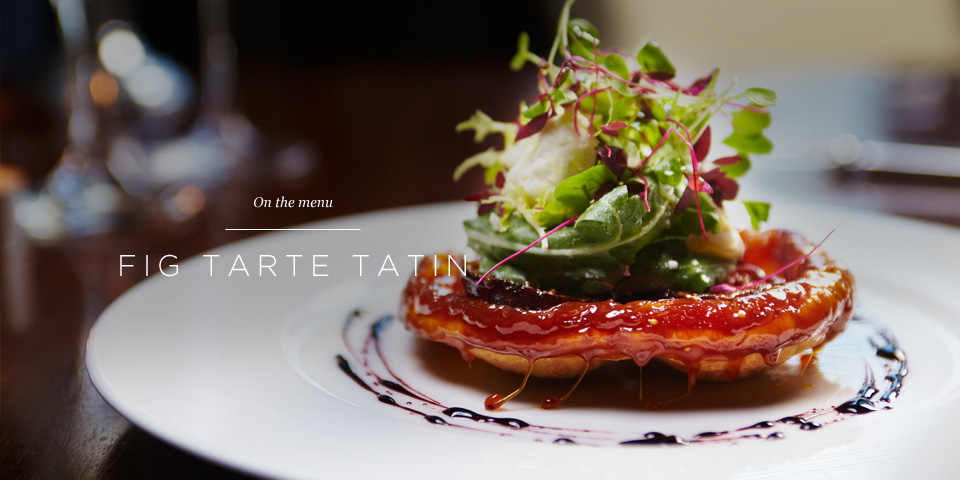 Black figs from Israel are showcased in this version of the traditional French tarte tatin. The 3 fig halves are added to a pan of rich buttery caramel, before being covered with a blanket of puff pastry, tucked gently under the edge of the figs, and baked until brown and crisp.The tarte is served with a St Nicholas goat?s cheese, a French cheese that is mildly scented with Lavender ? which adds another dimension to the cheese and a beautiful marriage of rich sweet fig and slightly salty cheese. The cheese is sliced onto the top of the tarte and served with a simple peppery rocket salad, and a touch of drizzled port. The fresh leaves cut against the chalky acidity of the goat?s cheese and the sweet fig to create a deliciously balanced and light starter.