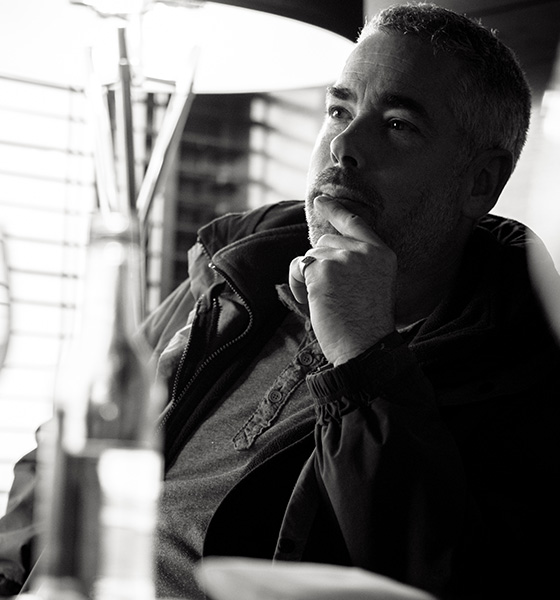 Working outdoors for 52 weeks of the year and in all weather conditions would be shunned by most, but for Yun it?s his life-long passion. Professional forager of over 17 years, Yun Hider talks to Aviator about his love for the outdoors and how the increasing popularity of foraging is a wonderful way to reconnect with the environment.

If you don?t know about foraging, I?ll forgive you for wanting to get on the bandwagon. It?s the current gastronomic trend in all the restaurants up and down the country but for me, it?s nothing new, it?s something I?ve been doing for many years now.

It all started 17 years ago when some of my friends started a business sourcing wild mushrooms for the Italian food shops and restaurants, Carluccio?s. Foraging was largely an unattended market back then. There were very few doing it, arguably no one else. I started to pick wild garlic and it left me wondering what else would be out there, so I explored a little more and found key ingredients such as wood sorrel. My challenge was to find the more delicate vegetables. I don?t think selling nettles would have quite made the cut with chefs; so I started to forage ingredients that were rare, difficult to source and ones that not everyone knew how or where to pick.

Foraging is no easy feat though, I must say. It requires skill and perseverance. Anyone can pick wood sorrel but I challenge you to pick a kilo of it. It?s such a small, delicate leaf that after spending half an hour picking it, you?d have only probably found a few grams, which isn?t enough to base a business on and not enough for a restaurant with over 100 covers.

But further than it requiring experience to identify ingredients, foraging can also be quite dangerous. One of the London restaurants I work with put an order in one night for rock samphire, which I had to collect that night to deliver by the morning. Whereas its sister ingredient, marsh samphire, grows on flat surfaces around estuaries, rock samphire is more of a challenge to source as it?s usually in high or difficult to reach places. I had to climb up 15ft to pick the plant but struggled to get further up the cliff. Luckily, I?m a rock climber in my spare time, so I got my equipment out and abseiled in to make it easier. It was dusk at this time and I found myself having to abseil in and reverse out to get the stubborn plant off the edge of the rocks. While there, I slipped, my plastic bag of rock samphire fell onto the rocks and I swung back. With the feeling of guilt running through me, I couldn?t just leave the plastic bag there on the cliff. That?d be a terrible faux pas in the foraging world so I climbed back up the rope and with the waves crashing beneath me managed to reposition myself to where the bag was; bearing in mind it was now completely dark. It was extraordinary to think I was abseiling off a cliff, in the dark, with a head torch, on my own, all to collect some £20 worth of rock samphire. It was an amazing experience, dangerous, but a unique moment with the environment that you?d only get doing my job at that time of night.

I was recently asked by the Denmark restaurant Noma to pick ground elder. The last time I picked ground elder was 15 years ago and I?d forgotten what it looked like. 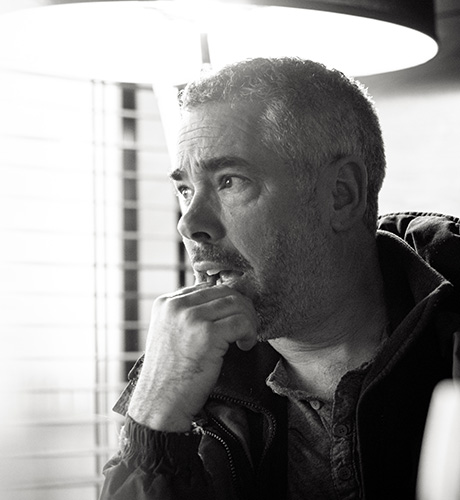 Caution is the key to foraging. It?s more than just having the right skills and experience. Foraging is a potentially dangerous activity and it could go horribly wrong and not only when abseiling down a cliff to pick rock samphire. It?s also about tempering the ego. When invited to talk at private parties or attend events to share knowledge about foraging and foraged ingredients, it?s easy to be perceived as the fountain of knowledge. But for me, the steel shutters come down when I have to talk about ingredients that are on the border of what I know. What I share and what I teach is to only pick what you know and if you don?t know it, you have to acknowledge that. It might also be that sometimes, you?ve seen the leaf and the flower but it may take a full season to know what something is.

I?ve seen plants for four or five years and I?m 99.9% sure what they are but I don?t touch them or eat them because I haven?t yet put the full defecation process together. I was recently asked by the Denmark restaurant Noma to pick ground elder. The last time I picked ground elder was 15 years ago and I?d forgotten what it looked like. I thought I knew and saw a few plants that looked similar but I wasn?t 100% sure. So before I went out to forage, I decided to consult one of my forager friends and re-familiarise myself with the ingredient.

I?m privileged that I?ve had the opportunity to forage, which I think is the only difference between myself and the average person living in this world today, mildly interacting with modern technology, probably trying to do a little bit good and trying to eat a little bit healthier. What I get that I mustn?t take for granted, but that is easy to overlook, is this interaction with the landscape I get from doing what I do.

Especially, as before foraging, I worked in recruitment; a highly competitive and cut-throat industry that I?m glad to have escaped. I think it was my mother who sparked my interest in the outdoors and in plants. Sadly she passed away at the young age of 42, but I learnt a lot from her about botany, plants, hydroponics and just experimenting with plants and ingredients, including the medicinal side to plants. This, accompanied with my friends who had started their own business in sourcing wild mushrooms, encouraged me explore foraging further.

I?ve always said foraging is in our blood. We?ve been doing it for thousands of years.

I?ve always said foraging is in our blood. We?ve been doing it for thousands of years. You may claim you don?t know much about it but what about conkers, rose hips, nettles, blackberries, dandelions? We were also taught as children that if you?re stung by a stinging nettle to look for a dock leaf. We remember these things as children and it?s something we teach our own children and grandchildren. So there is a lot of foraging knowledge within us, but I think nowadays, we seem to associate it with high end food and restaurants.

I often draw similarities between foraging and my interest in sailing. When I have the time, I love to sail. I own my own 27ft boat that weighs five tonnes and I?ve been training for my Yachtmaster Ticket. So far I?ve done 3,500 miles worth of training between the UK, Ireland and a little in France too. What doesn?t help is that I suffer from sea sickness. However, this is not uncommon for sailors and I believe Napoleon himself was sea sick. It?s a very unfortunate sickness and if you sail, you have no choice but to deal with it. I was once sailing back from Ireland in the early hours of the morning and the skipper who owned the boat was unwell and had to rest in the cockpit. I had to take over while the waves were getting bigger and bigger, not forgetting that I was very early on in my training and had to sail without the support of a skipper. I could see a flashing light from a nearby lighthouse and knew that we weren?t on the right route, something was wrong.

I went downstairs on the boat and devised a plan but of course downstairs is the last place you want to be when the sea is bad. It?s the sort of thing jet pilots have to go through when they fly upside down. I worked out our coordinates and realised that we were soon to be sailing towards the rocks. This explained why the waves were getting bigger as this usually happens when water gets shallower so I knew we were moving closer towards land. I managed to change our course by 30 degrees and we got back onto the route we wanted to be on. I think this is where the similarity lays between sailing and foraging. You?re out in conditions that you might not want to be or expect to be in. You?re tired, cold, wet and on a mission. When foraging, I could quite easily turn down a job because of the weather but that would be the end of my account with that restaurant. We?d all move on but it?d bother the Chef who has been planning his menu around this one ingredient. And that?s one thing I?ve learnt with professional chefs, I can?t let them down.

So, although foraging is not your average 9 to 5 job, it?s a small scale business that?ll never make millions and it?s one that involves picking in all sorts of weather conditions, it?s one that I wouldn?t change for the world.