Internationally renowned DJ,
Spencer Mac, catches up with Aviator ahead of his
exclusive appearance at our
8th Birthday celebration,
to talk about his career and inspiration.

Where did you grow up?

I’m not sure if I’ve grown up just yet, but I was born and raised in West London.

What did you study? Was it always what you wanted to do?

I studied photography and whilst at college landed a part-time job taking photos at Shepperton studios for TV commercials and pop videos.

What was the first record you purchased?

It was Stand and Deliver by Adam and The Ants on 7-inch vinyl. At the time I think it cost 20p from Woolworths!

How long have you worked as a DJ? How did you get into it?

When I was 18 I launched my own night at the famous Wag club in Soho, called “leave my wife alone”. It soon became one of London’s premier nights and I was awarded the title of club promoter of the year. It was there that I first started DJing. As the promoter, I could book myself along with other known DJ’s which was extremely handy when you are just starting out. 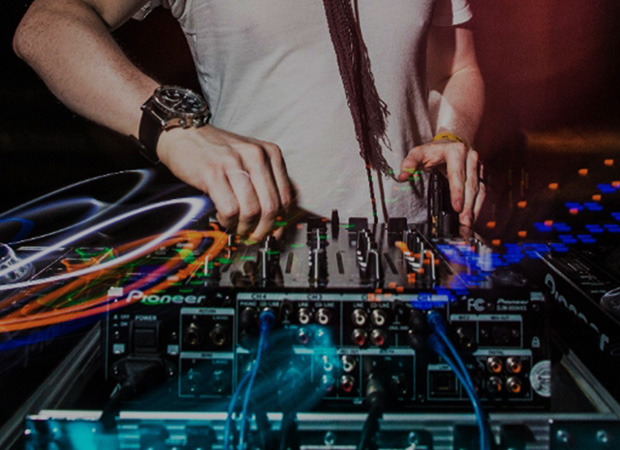 Where did you work / What did you do before becoming a DJ?

I was only 18 when I started so this was my first real career, basically, I was making it up as I went along. Natural progression then led me to producing music and soon I launched my own record label, which had several dance hits in the mid-90s. Now I could play my own music in my own club and, fortunately, the audience seemed to like it (which helped!). I went on to promote and play at the Ministry of Sound in its hay day alongside the world’s biggest names. These were the golden days of clubland and the music being made was amazing.

What or who influenced you to become a DJ

I’ve always loved music, I was brought up in a very musical household. My father listened to everything from Boogie Woogie to Jazz, Funk and Soul. When I was 15 years old, Acid house was born (Summer of 89). I found myself telling my parents I was staying at a friend’s house, but really I was going to these huge illegal raves in fields and aircraft hangers, which really influenced me. I loved the music and danced all night.

Tell me about the type of music you specialise in

I was once described by The Times as “the
Eclectic master” due to the many styles I play. However, I’d say that I specialise
in producing and remixing house music.

As well as playing in clubs, I also do lots of private events, from film premieres and fashion shows to celebrity parties. I have had residencies at most of London’s prestigious venues from Loulous members club, Novikov, the Groucho and Arts Club to name a few.

Have you ever teamed up with any designers for any fashion events? If so, who were they?

I usually DJ at London Fashion week and have always enjoyed putting together the runway music for designer Julia Clancey’s shows .
I actually designed some of Top Shop and Miss Selfridges’ best-selling T-Shirts myself a few years back. I acquired the first UK licence for Hello Kitty along with Felix the cat and produced ranges of clubby T-shirts for girls.

How often do you travel with your job?

Frequently. This month I’ve been to Ibiza, Porto, Palma and I’m about to head off to play Drift in Jersey.

Where is your favourite place to travel to?

I love Ibiza and it will always have a fond place in my heart as I’ve been going there for so many years. LA is incredible too; I’ve certainly had some great times there over the years.

What forthcoming projects will you be working on?

I am half of a dance act called ‘Skull Bandits’ our first record was released in January and got to number two in the dance charts. We have been working on an album which I am hugely excited about, which should be released this Christmas on Yeti Tunes. I’ve also been working on a few mixes of my own which you can list to over on my website.

Where do you source your ideas, inspiration and creativity?

I get ideas for lyrics whilst DJing. Looking out at the faces in the crowd and thinking what would work for them is an amazing source of inspiration.

Art has no constraints and can literally go or take you anywhere. I think music could be considered a form or art for the same reasons. I love art and actually used to graffiti many moons ago!

What do you enjoy doing in your spare time

Sleeping! In my line of work you end up having lots of late nights so sleeping is considered a luxury.

What about eating out? Do you have any favourite restaurants?

My favourite restaurant is Novikov in Mayfair, the sushi there is so good! I also really like Hix in Soho too.

Do you enjoy reading? What was the last book you read?

I’m not really a big reader. I prefer to write. In fact, I have just finished writing my first screenplay called Crabs. Fingers crossed, maybe one day it’ll be made into a film!

Spencer will be delivering an exclusive set at Aviator’s 8th Birthday celebrations this August. Tickets to this event are now sold out