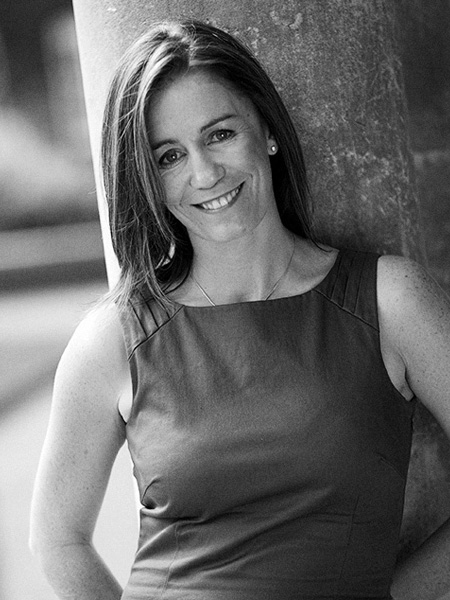 Sharon Collins, Co-Founder of Lubatti, discusses how a chance meeting five years ago, ensued the renaissance of a unique and inspirational skincare legacy, rooted deep in British history for almost a century.

Goodness, where do I begin? I suppose I should start with a little bit about myself. I grew up in South Wales not too far from Cardiff and stayed there until I went to Lancaster University in 1993. After graduating in 1996 with a degree in Marketing, I started my career in the healthcare industry and in 2005, completed an MBA. During the same year, I started working for a Pharmaceutical company that specialised in Dermatology and it was there that I met Tracey Malone; it was after this chance meeting with Tracey in 2008, that Lubatti was born.

However, despite Lubatti being a young brand, its history and heritage can be traced back to early 20th Century Britain and back to our original founder, Madame Lubatti. At this time, there was a wind of change in society towards the end of the First World War, empowering women to vote and to be released from the bonds of Edwardian propriety. It was the time when women danced the Charleston with their shingled hair, rouged cheeks and Art Deco dresses revealing exposed knees.

Madame Lubatti was the true embodiment of this ?new woman?. I think I would have liked her! A strong-minded and incredibly glamorous lady, Madame Lubatti was always dressed in black designer clothes with blood red lipstick and fish net stockings, a force to be reckoned with apparently! She was a homeopath and so understood the different benefits fruit, plant and flower extracts had on the skin; she travelled and settled in Hong Kong for a couple of years to research more into homeopathy, and it was here she discovered her first love was in fact skincare.

The doyenne of facialists in her time, Madame Lubatti established her business at a time when Coco Chanel and Helena Rubenstein were all just starting theirs.

Returning to England, Madame Lubatti set up her own business and began to hand mix a range of lotions and potions in her stylish apartment, and use them during her exclusive facial treatments for high society ladies. Word quickly spread and soon, anybody who was anybody in the 30s and 40s, such as the likes of Ava Gardner, Vivien Leigh and other Hollywood greats, would visit Madame Lubatti on a regular basis. English royalty, such as Princess Alexander and her mother Princess Marina were also regular clients.

The doyenne of facialists in her time, Madame Lubatti established her business at a time when Coco Chanel and Helena Rubenstein were all just starting theirs, yet Madame Lubatti remained exclusive, only serving the upper echelons of society behind closed doors.

Years later, Eileen Malone (Tracey?s mother) started working for Madame Lubatti, and quickly learnt how to hand mix her creams and lotions, and how to apply them during facial treatments and when Madame Lubatti passed away in the 1970s, Eileen inherited the secret recipes and exclusive client base.

Eileen continued to develop the business and the impressive client list grew; even today, some of Eileen (and then Tracey?s) loyal customers call Lubatti HQ to personally to place their orders. It really is a privilege being part of it.

When I first met Tracey, she would regale stories of her as a little girl, playing with Madame Lubatti?s designer handbags in her lavish waiting room, to keep her occupied while her mum worked. She could even recall the scent that was in the room at the time, and so from an early age, her passion in skincare had also begun. Tracey eventually took over the business from her mother, and inherited the secret skincare recipes and clients; for the last 25 years or so, she continued to hand mix these same recipes in her kitchen for her exclusive clients.

So, when I met Tracey in 2008, with her skills as a renowned facialist and my entrepreneurial flair and love of skincare, we knew we had the perfect recipe to create a beautifully luxurious skincare brand that would continue to cross generations and re-create everything Madame Lubatti and her devoted followers stood for. And that?s what we did. Lubatti was launched a year later and has continued to flourish ever since.

Today, the Lubatti Collection is based on traditional, natural recipes and that are designed to nourish, soften, hydrate and rejuvenate the skin, and to bring it back to its naturally radiant self. We?ve kept alive the philosophy of Madame Lubatti and everything she stood for all those years ago. For example, the Dreamy Night Cream, which is one of our best sellers, is infused with mango and avocado. Madame Lubatti used to crush an avocado and apply directly onto the face during one of her treatments.

And so, when Aviator approached us to be their exclusive skincare brand for face and body treatments, we jumped at the chance. We?re delighted to have launched the Lubatti products and facial treatments at the beautiful Aviator in September ? Madame Lubatti would have approved!

Sadly, Tracey passed away last year but she taught me a great deal, and although times change, the success of the brand today is down to the very philosophy developed by Madame Lubatti all those years ago, a philosophy that was passed down to Tracey – to create uncompromisingly beautiful yet effective skincare. And this is something still at the very heart of Lubatti.

Our focus moving forward is of course the UK market, but also the Far East, particularly China; China is a fascinating market, and Asian women are really switched on to the benefits and rewards of developing a good skincare regime using effective products. The prospect of Lubatti in the Far East goes back to Madame Lubatti in Hong Kong and when she was out there. So I almost think it?s gone full circle.

Lubatti captures the beauty, glamour, elegance and style of Madame Lubatti, and her legacy has been kept alive through a timeless collection of luxury skincare products that have stood the test of time. And, with the sad passing of Tracey last year, it has become my mission to continue the legacy created by Madame Lubatti, which without Tracey could have been lost forever.