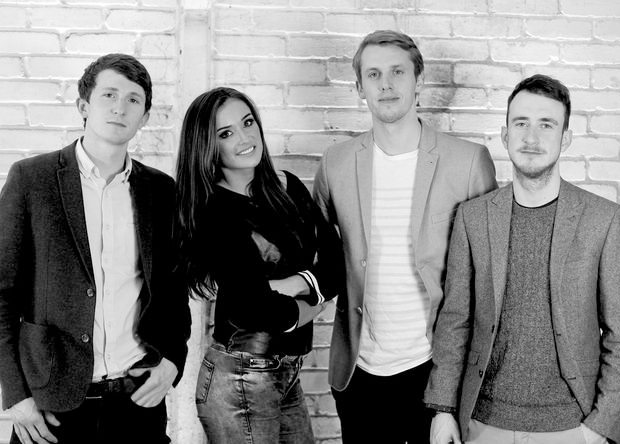 BAND DIRECTOR, DANIEL NUTBEEN, OF HAMPSHIRE BASED WEDDING AND FUNCTION BAND THE COBBLES, EXPLAINS HIS EXPERIENCE OF THE MUSIC INDUSTRY AND THE BAND?S AMBITIONS FOR 2015.

I was playing in numerous bands whilst I studied at Farnborough Sixth Form College when I was around 16. This was my first taste of playing live and that door opened up the music industry for me. I went on to study a performance based music degree at the London College of Contemporary Music, so you could say my passion with music started very early on. I have been writing music since I was about 10 years old and perhaps in the future I will concentrate further on this side of my music career, however at present my main focus is delivering fresh and funky covers with the band.

The Cobbles started as an original band writing our own compositions and then branched into performances at weddings and other functions. I would describe the band as an explosive mix of the best disco, pop, funk, rock and soul hits from as far back as the 50?s! We love it all! We have a lot of experience playing at weddings but we are certainly as much a party band as a wedding function band. We play for any occasion whether it?s a corporate function, launch party, awards show or just about any reason to get people up on the dance floor.

We have been very lucky to have been invited to perform at many different and unique venues, for me personally my favourite place to perform was Shepherd’s Bush Empire. It was a real career highlight for me and one I hope to be able to achieve again. With the band the highlight performance has to be the Military shows; both enjoyable and rewarding, what more could you ask for. We have mainly played shows around the South of England; however we are excited to be branching out in 2015 with a few possible shows lined up in Europe. My favourite place to visit has to be Barcelona. Such a beautiful city and I found the art and culture so inspiring, I?d love to play out there with the band in the near future. My dream gig however, would have to be Dubai. I think this would be an amazing experience and, fingers crossed, one day we may get to play there, if we work hard enough, hopefully anything will be possible.

Who or what inspires me? People who work hard to achieve their goals; I think you need to have a goal in life. Musically I?m inspired by many styles but I have a special affinity with funk and soul. A friend in Sunderland handed me a custom made Mandolin recently that was hand made in Ireland. This has inspired my creativity and I have had fun writing many songs on it. It?s now also a handsome instrument hanging on my wall and become a talking point to visitors to my home!

Musically I?m inspired by many styles but I have a special affinity with funk and soul.

Have we performed for any celebrities? Not as many as I would like! We did once perform for a Prince at TAG Farnborough Airport but I never caught the name. Another time at the Troubadour in Earl?s Court we did spot Orlando Bloom in the crowd, which was a nice surprise. He is actually a lot shorter in real life than you might think too! Hopefully we may have further celebrity bookings in 2015. We do enjoy all our performances though, no matter who we are performing for. It gives us great pleasure to see so many happy people in one place on the dance floor. Definitely the top tracks to do this are Rock with you by Michael Jackson and Never Too Much by Luther Vandross. They always get people moving.

The rare spare time that I get, and it isn?t much, I like to have a pint down my local and catch up with friends, and when we aren?t playing gigs at the weekend you will catch me down the gym or following football.

The music industry is as everyone says, a hard industry to crack. I think you need to have ambition, drive, creativity, determination and a positive attitude in order to succeed. These are all qualities that each member of the Cobbles focuses on and what drives our ambitions. We would all love to play a few festivals in 2015 and to become one of the leading function bands in the UK; both hopefully very achievable goals. However, the long term goal for The Cobbles is to create something original together. We see this not only as our genuine ambition but also a serious possibility. Fingers crossed 2015 sees our ambitions come true!

Learn more about The Cobbles.