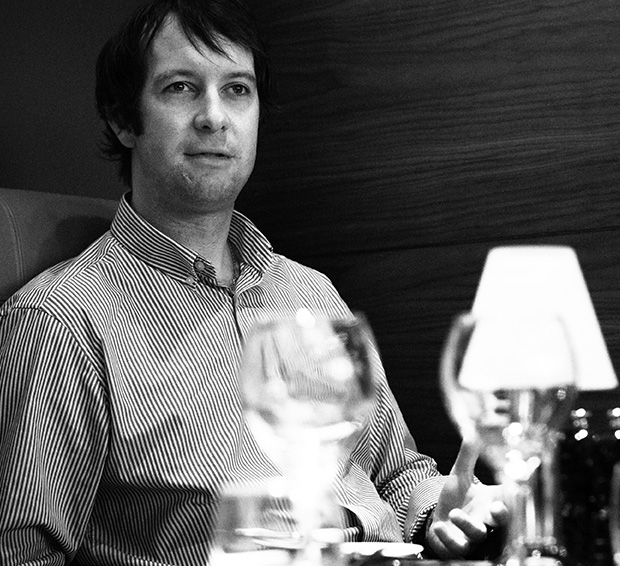 Dan Sorensen of Cooper Foods discusses his love of fish native to our waters, particulary that found off the Devon coast at Brixham.

Cooper Foods has remained a family business since it started 25 years ago, keeping its core business as a fish wholesaler, but we reacted to what people were asking for and the business just grew and grew. We had always dabbled with selling a little Game — as it seems most fishmongers do — but as people started asking for other things we started to get into selling meat. It was really when we moved to new premises and the additional space allowed us to set up a self-contained butchery with hanging stores and fridges that things really started to take off. Now we employ 6 full-time butchers working alongside our fishmongers.

years, because the quality is consistently excellent. Brixham has the highest number of day boats — going out at first light and returning at dusk, which means that the fish can be out in the markets within 24 or 48 hours. The larger trawlers will be at sea for 7 — 10 days at a time, which can mean that much of the fish is a week old before it comes into port. There are other ports, but we have a great relationship with Brixham, so we stick to it? there has been a market there for about 600 years in some form or other, and now they employ over 900 people either directly or in associated trades.

In selecting meat and fish our primary requirement is that the meat is sourced from within the UK. The beef predominantly comes from Hampshire, the Lamb from Sussex, and Pork and Freedom Foods endorsed Veal from Dorset, so we are in fact working much nearer to home, but our minimum stipulation is within the UK.

The word sustainable is so hot right now, we get asked about it everyday – but it really depends on what people want to eat. 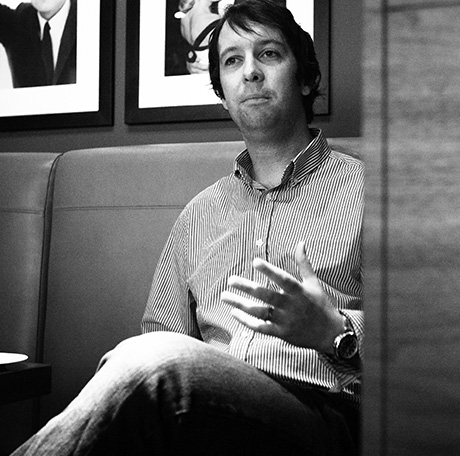 When we choose suppliers we are dealing with highly experienced people. Our suppliers work with Sainsbury?s and Waitrose so they are very clear what they are looking for — and the majority are accredited by external regulatory bodies such as BRC, FSA and SALSA. Sometimes the carcasses are broken down into primal cuts and shipped to us, but we do take in whole pigs and lambs and break it down ourselves, as we have the capability to do that.

The word sustainable is so hot right now, we get asked questions about it every day — but it really depends on what people want to eat. There are beautiful species like Pollock and Hake which are well-stocked and in that sense they are sustainable. But people also want something where the cost is sustainable and the price won?t fluctuate, and that is all linked to supply and demand. With some species if a catch fails to land sufficient quantity, the price can double overnight.

It is all about getting the consumer to take a giant leap of faith – consumer demand makes the biggest impact on sustainability.

At Cooper Foods we want to be responsible in what we do, and we do what we can to promote other species. There are a number of fantastic white fish that taste delicious like Pollock and Whiting, and these prices tend to be stable. It?s wonderful when chefs want to use these fish and can introduce them on their menus. It is all about getting the consumer to take a giant leap of faith — consumer demand makes the biggest impact on sustainability. My favourite fish is Hake, but I honestly love any fish that is fresh.

I was honoured to be asked to speak at a Fair Trade dinner at Winchester University recently, and Cooper Foods contributed the produce for a pressed fish terrine. It was Gurnard and Pollock with Lymington crab meat wrapped in smoked Trout from the River Test, so sourced very locally, and the guests all loved it. They were all surprised when they heard it was Gurnard, but agreed that it was delicious and something they would choose next time they saw it on the menu. To get a reaction like that made the whole evening worthwhile. 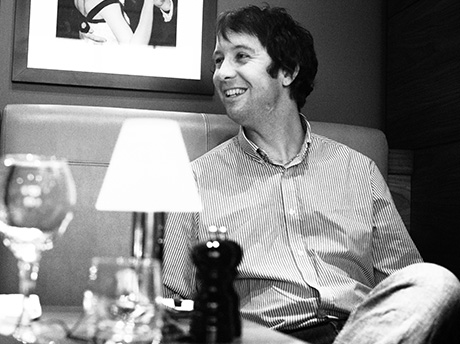 We worry about endangered species, because we want a sustainable business that will still be here in many years? time, and we will only be able to do that if we are responsible about what we take from the sea. One of the most sustainable species at the moment is Icelandic Haddock, which was under immense threat a couple of years ago. Haddock stocks are now being well managed by the Scandinavian fisheries so that their numbers are recovering and it is becoming a sustainable fish again.

At Coopers we also think about our carbon footprint and the food miles issue. The boats from Brixham will fish off the western coast, whilst the Icelandic Cod and Haddock comes into Grimsby — we have to source from Grimsby because you simply don?t get good landings of Haddock on the west coast, but we try to minimize our mileage wherever possible.

The Cooper brothers have been doing this for 25 years, but they are still there all day everyday.

Once the fish gets landed at the port, we have a representative on site who buys on our behalf, and he has done now for many years. The fish then comes to us overnight, from a depot in London, where the Scottish Salmon and the Cod and Haddock from Grimsby is delivered to, and it will arrive with us at about 3 or 4 o?clock in the morning. We run a 24 hour operation, and the team will start prepping immediately, finishing at about 6.00 or 6.30am when the vehicles are loaded and start going out. The daytime team start taking orders for the following day at about 9.00am, while the daytime prep-team are skinning and filleting the last orders which tend to be complete soon after lunchtime. By 9.00pm the night team come back in, and throughout all those shifts, the sales team is open and manned 24 hours a day. We think we are possibly the only supplier to run a 24 hour sales operation, but we find it helps to pick up as many calls as humanly possible — of which there are about 250 per night — and customers like having a proper conversation with a human being.

Having worked with us for so long, our buyer in Brixham knows what our customers like, and he will often pick up some boxes of something

special for us, and very often it will all be sold before the stock arrives from Brixham! We do sell exotic fish, but we tend to stick to the UK based species as we know we can rely on the quality. Exotic species like Snappers, Grouper, Tilapia , Croakers and Pomfrets are more popular in the summer, and we always carry some fresh loins of Tuna, but it is a small part of what we do.

In Britain you really can?t get better than Plaice, Pollock, Whiting, Mackerel and Sole — English Mackerel is really good at the moment. Wild Bass is found off the south coast, but their numbers are dwindling. Farmed Sea Bass has grown in popularity exponentially and you see it on nearly every restaurant menu, but the majority are farmed in Greece. We are excited that one of the major Greek farmers has set up a UK division to farm Bass off the Welsh coast in Anglesea. That means that the fish are out of the water for just 48 hours when they come to us so they are a lot fresher than the Greek fish which have been out of the water for about 4-5 days. It does make the Anglesea fish a little more expensive, but they taste delicious and give a slightly better yield per fish than the imported ones. 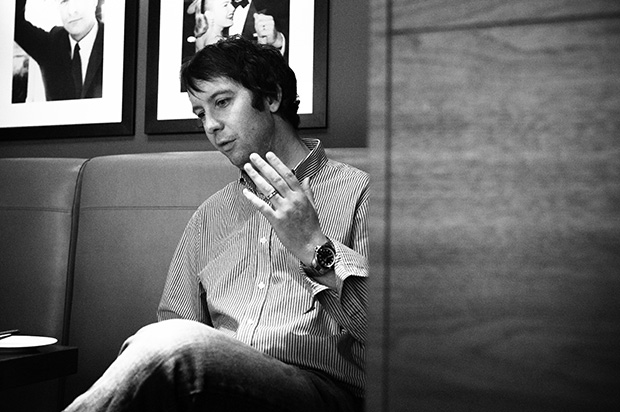 The Cooper brothers used to smoke their own fish, but the lead time is very extensive. We now work with a great smoke house in Wiltshire.They buy in their own fish, generally Scottish, and smoke it themselves. There is also a wonderful artisan smoker based locally to us who I will use for very small, really special jobs. You can drop off a fish at his fridge, put some money in his honesty box, and when you return you will find it in the freezer, smoked and named, ready to go. He must have a fantastic lifestyle, but he can only handle small quantities. It was he who smoked the Trout for the Winchester University Terrine that was so delicious.

Technology has made a huge impact on the fish industry. When I started with Coopers all filleting and scaling was done by hand, but now the machines can do a really good job and that has been revolutionary. To keep up with production automation is important to us, but we still do the majority of work by hand. Raising our profile and communicating with our customers has all been helped immensely by technology. We now Email our customers with weekly ?deals of the week? — several meat and fish best- value deals. If the boys at Brixham tell us that there?s some great Pollock on the boats, we can put the word out there immediately by Email.

We?ve very recently signed up to Twitter, and we can now tweet photos of the catch from the auction and Chefs can receive our weekly emails and instant updates and special offers direct to their smartphones. I?ve tried hard to use technology to drive the move towards communicating with customers in different ways. Working hours in the kitchens have changed and our opportunities to communicate with chefs have become fewer, so we need to find other ways to reach them and help them to reach us. It?s a bit of an extension to the night shift really — if it helps a chef to tweet some feedback straight from the pass or receive news of a bumper landing of Brill at a great price as he serves his last portion that night, then I think that?s fantastic!

I think I?m still with Cooper foods because I respect the fact that they continue to evolve. The brothers have been doing this for 25 years, but they are still there all day every day. There are new members of the team, but the desire to keep moving forward and looking for ways to improve ourselves is constant. There were 14 of us when I joined in 2000 and now there are over 50, and I think that speaks volumes. Coopers is one of those companies where, as long as you have the determination and commitment to keep pushing on, you struggle to imagine yourself working anywhere else.