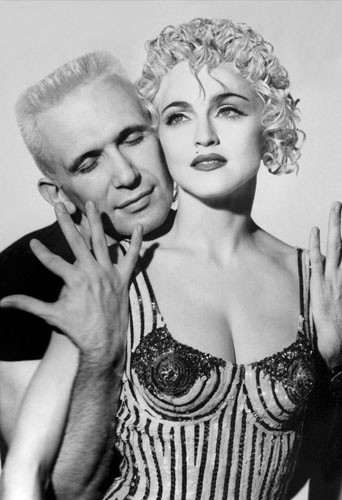 In the diary – Jean Paul Gaultier

A world-class arts and learning organisation, the Barbican pushes the boundaries of all major art forms, so there?s no surprise it is hosting the first major UK exhibition devoted to the celebrated French couturier Jean Paul Gaultier.

Over the past 40 years, Jean Paul Gaultier has become one of the most important fashion designers in the world. Inspired by the world’s cultures and countercultures, Gaultier has become renowned for conceiving a new kind of fashion, brave, avant-garde and daring in both the way it is made and worn.

This exhibition of around 165 cutting-edge couture and ready-to-wear garments explores Gaultier’s fashion world, from his witty and boundary-pushing designs to his ceaseless interest in society, identity and a beauty borne of difference. Gaultier also attempts to redefine the boundaries between cultures and sexes through androgyny and subverting hyper-sexualized fashion codes. Designed as an installation rather than a conventional fashion retrospective, this theatrically staged exhibition features over 30 custom-made mannequins wearing remarkable wigs and headdresses by Odile Gilbert, founder of the Atelier 68 in Paris, that come alive with interactive faces, surprising visitors with their lifelike presence.

Celebrating the designer?s daring inventiveness, the exhibition traces the influences that have marked Gaultier?s creative development from the streets of Paris to the DIY aesthetic of punk or fantasies of science fiction. The exhibition includes costumes for film and performance including iconic pieces such as the conical bra and corsets Madonna wore during her 1990 Blond Ambition World Tour, stage costumes designed for Kylie Minogue as well as pieces created for other films. The exhibition also features a wealth of photography by collaborators such as Miles Aldridge, David LaChapelle, Peter Lindbergh, Pierre et Gilles, Herb Ritts, Stéphane Sednaoui , Cindy Sherman and Andy Warhol as well as footage of catwalk presentations, concerts, music videos, films and dance performances.

The exhibition is open from 9th April to 25th August 2014 and tickets are priced at £14.50 per person. For information or to book, www.barbican.org.uk