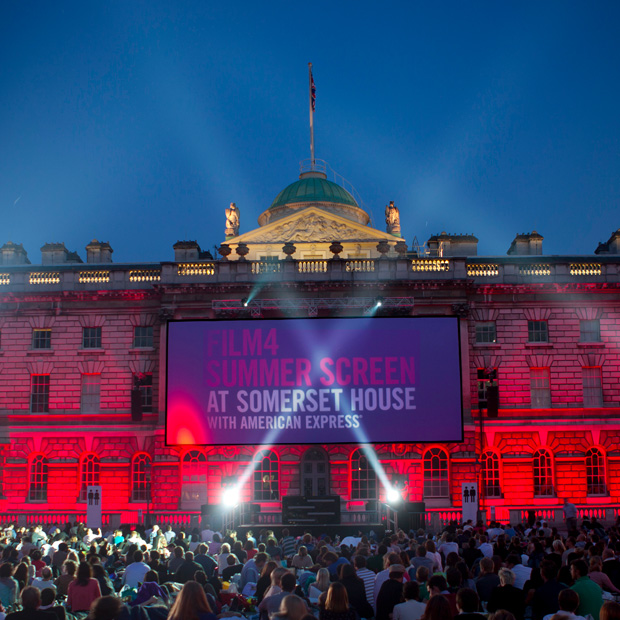 In the diary – Film4 Summer Screen

The recent sunshine has brought summer to London, making now the very best time to embrace the variety of cultural experiences taking place throughout the capital over the next few weeks, and there can be few more evocative occasions than a warm evening spent at Film4?s Summer Screen festival held at the iconic Somerset House.

Taking place between 16th and 25th August, the stunning Edward J.Safra Fountain Court becomes the backdrop for a giant screen and surround-sound system, showcasing a selection of films that embrace Somerset House?s position as one of London?s major arts centres.

Eagerly awaited is the premier of Walter Salles? version of Jack Kerouac?s ?On The Road?, one month before it hits the big screens, and the programme closes with ?Lawless?, John Hillcott?s new crime drama featuring a stellar cast including Tom Hardy, Gary Oldman and Guy Pearce. In addition there are screenings of Hitchcock?s ?The Birds? as well as 80s favourites ?Pretty in Pink? and ?Indiana Jones and The Temple of Doom?, as well as ?Paris, Texas? and ?Apocalypse Now?.

A warm evening in London is a rare treat, and when combined with a stunning backdrop and fantastic selection of British cultural talent it becomes something particularly special. Doors open at 6.30pm, and tickets start at just £14.50, but you will need to act quickly as tickets sell out fast. Visit the Somerset House website for further details.