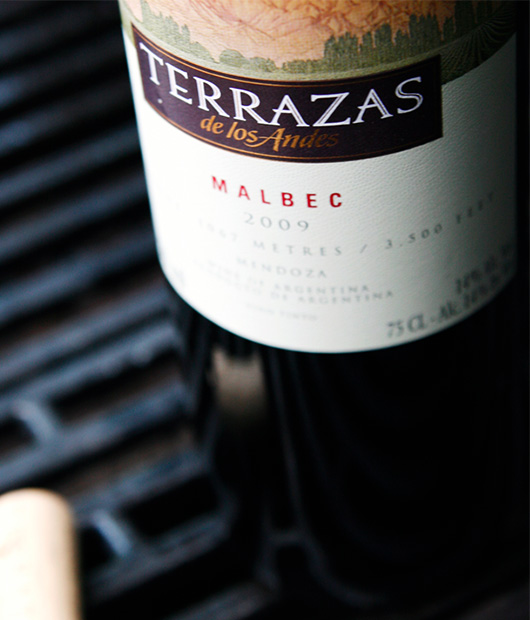 In the cellar – Malbec

In the late 1950s, Renaud Poirer, the Oenology Director at Moët & Chandon, was sent to South America to research the region?s potential for world-class wine production. He was particularly impressed by the conditions and soils in Mendoza and so, on his say so, Moët & Chandon opted to establish their first ever vineyards outside France, in the Argentine region.

Taking advantage of the unique Mendoza topography among the foothills of the Andes, Terras de los Andes has emerged as a 21st Century pioneer in capturing the essence of Argentine fruit expression and forging a distinct national style. A riveting introduction of freshly crushed cherries and plums evolves elegantly into a complex combination of plums, wild flowers, incense and spices.