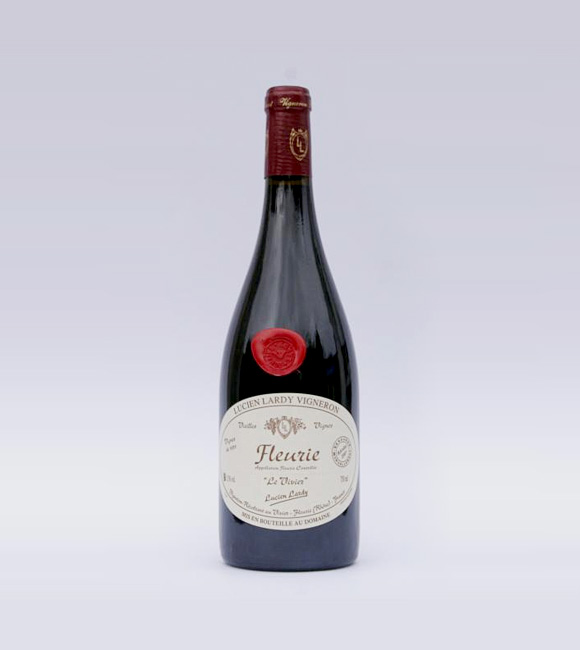 A lunch with good friends is the perfect accompaniment to a light, fruity, very slightly chilled Beaujolais. Gamay is undoubtedly the region’s flagship grape variety, although a small amount of white Beaujolais is also produced, using Chardonnay or Aligoté. The vast majority of Beaujolais should be drunk in its youth, and its juicy fruitiness comes from a process during vinification known as carbonic maceration,

which encourages the fruit flavours, rather than tannins, to the fore. There are certain Beaujolais, however, that do show the ability to age wonderfully. Domaine Lardy is a very small, independent estate off only 12 hectares owned by Lucien and Claude Lardy. From their base in the picturesque village of Fleurie, they produce a fruity wine created in a very traditional method, with a minimal amount of intervention in the winery. Drinking his Gamay is like biting into summer fruits!