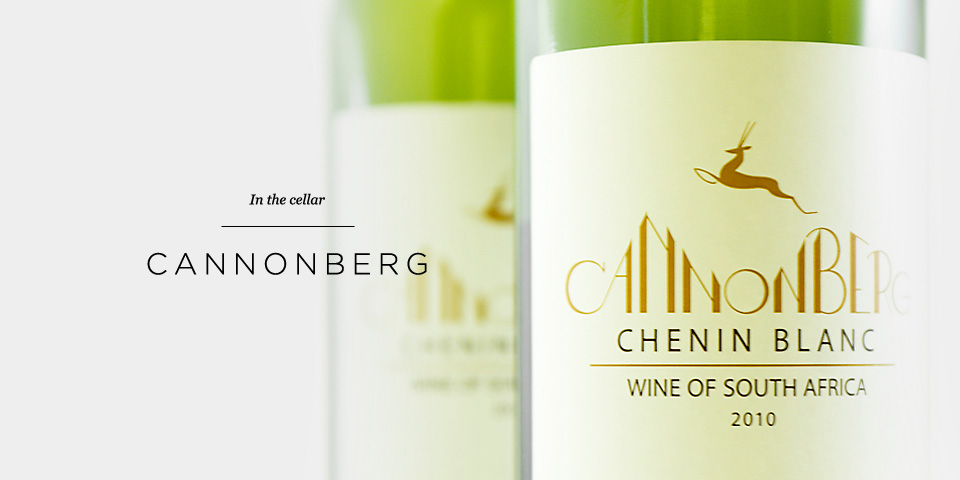 South Africa is a very special place for me, not only because I have now visited several times but also because it is very different from any other New World wine producing country. Historically, the majority of the landowners were the descendants of 17th Century Dutch immigrants who settled in South Africa, bringing with them their ‘Boer’ culture and their own language. Due to religious persecution in their own country French protestant Huguenots followed, bringing their names and culture, as is evident in Franschhoek (The French Corner). The use of French disappeared over the centuries but names like Joubert or De Villiers are still very common.

I am also delighted to introduce the Cannonberg Project. The Cannonberg label was originally launched in partnership with the Fairtrade Organisation, which I hoped was going to benefit the local community by contributing to social projects in the Western Cape region. Although it worked well, I have now decided to both develop the concept and manage the project on a more personal level. The Cannonberg wines are made at Imbuko Farm situated in the historic town of Wellington, South Africa, in the heart of the renowned Cape winelands. Imbuko is doing ground breaking work in the field of Sustainable Agriculture and was the first Estate to be certified in the Western Cape.

“Our current top seller is our Chenin Blanc from the Imbuko Farm in Wellington. It?s a wine that we blended and bottled ourselves in South Africa.”
Try with our beetroot and sheep’s cheese salad
book a table at the Aviator Brasserie

The Chenin Blanc (pictured), from the cool vineyards in the Breede River Valley north of Cape Town, is the perfect accompaniment to our heritage beetroot and sheep’s cheese salad. It’s crisp, zesty and full fruit flavour compliments the astringent citrus taste of the sheep’s cheese.