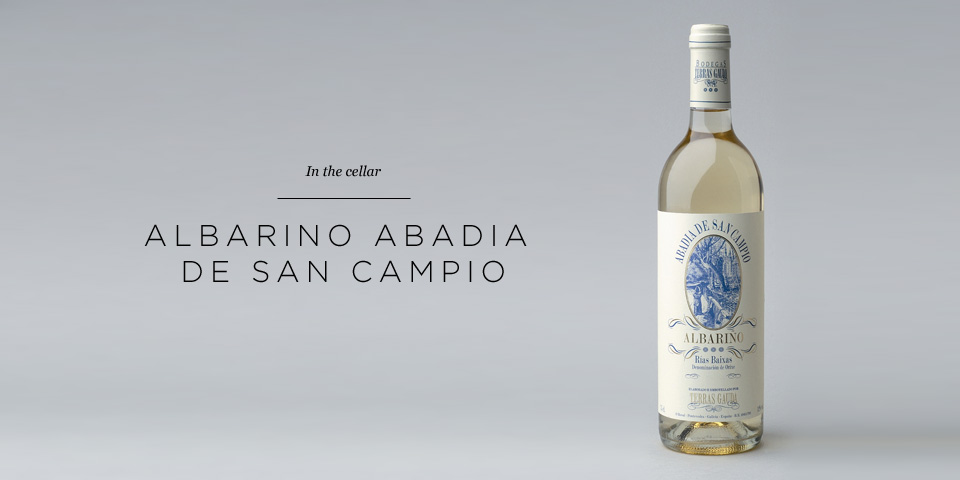 Albariño wine is considered to be the Spanish ?gold? of white wines for its colour and quality.

The Galician vineyards of Rías Baixas are dominated by the influence of the Atlantic. This is a verdant, lush and fairly rainy region, in which the wine scene remained unimpressive until the 1980s when the Albariño variety was ‘rediscovered’ and found to yield wines of exceptional quality.

“Abadia de San Campio (100% Albariño) is very attractive with citrus, grapefruit, pineapple and mandarin flavours.”
Book a table in the Brasserie to try with our Fillet of Black Bass dish: book a table

This went hand in hand with increased investment in the technology of cold fermentation and stainless steel that exalted the flavours and aromas of the grape. The climate, as mentioned, is Atlantic, with mild winters, coolish summers and elevated rainfall. The wines of Terras Gauda are located in the subzone of O Rosal, on terraces that rise steeply above the river Miño that divides Spain and Portugal.

Abadia de San Campio (100% Albariño) is very attractive with citrus, grapefruit, pineapple and mandarin flavours. This is the perfect match to any shellfish found on the British shores.