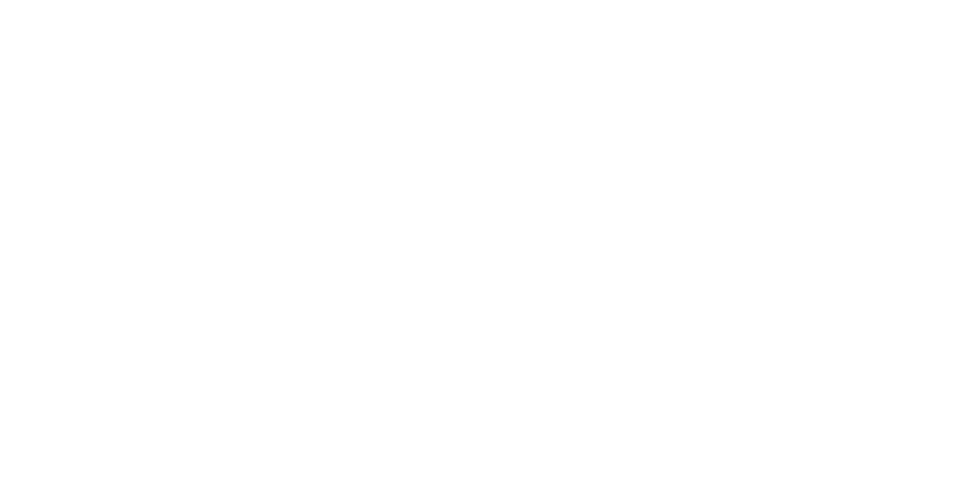 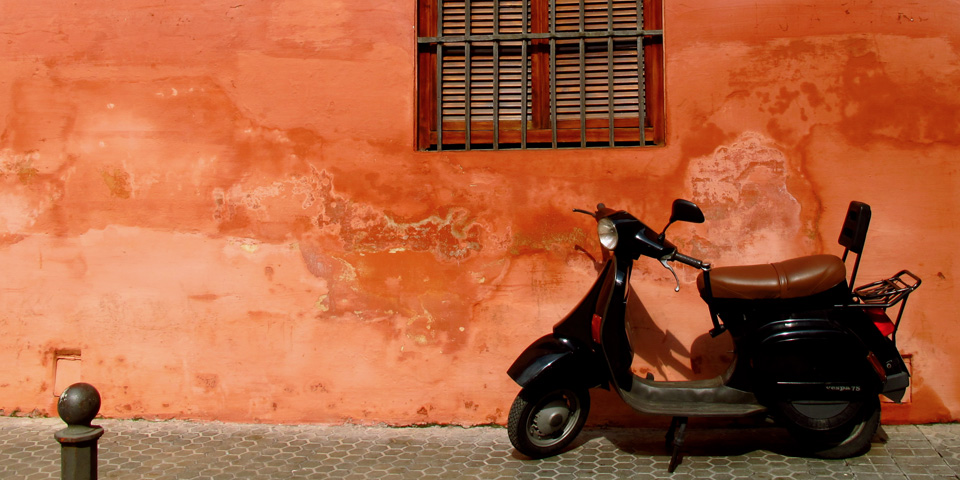 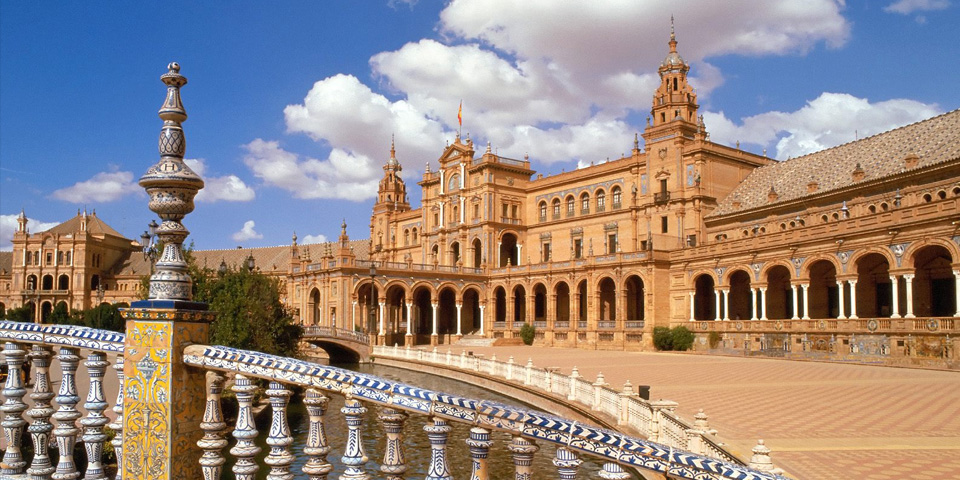 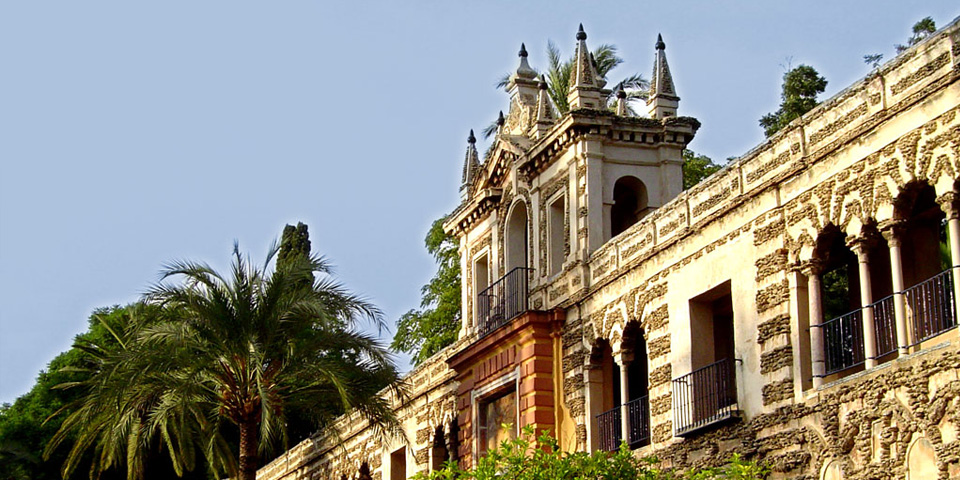 Steeped in historical significance and heritage, Seville is a beautiful city and one that should be on any European travelling wish list.By Elise Roberts

With the inescapable media frenzy of Valentine?s Day, I started to think about where I might go for a romantic break away that would provide an intimate and uplifting atmosphere without the stifling commercialisation of a Valentine?s Day spent in Venice, Paris or Rome. I quickly decided on Seville as the main contender ? steeped in historical significance and heritage with a non-stop party atmosphere, and most importantly one of the most seductive capitals in the world. The influence of Flamenco is inescapable and its fiery passion is guaranteed to ignite a romantic spark. Seville?s gentle February temperatures mean that sight-seeing is pleasantly less of a crush, allowing you to actually take time absorbing the vast tally of mosques, churches and museums that reflect its diverse cultural influences, and the simple mantra of ?a jersey for daytime and a jacket for night? makes packing simple. Gentle romantic strolls down whitewashed alleys are punctuated by intimate huddles in rustic bodegas with warming tapas and a glass of Sherry; and leisurely evenings descend into intense encounters with rich Riojas, pulsating guitars and much stamping of feet.

February also catches the end of the Seville orange season, as the last of the fruit are harvested and the blossoms begin to reveal themselves in the Spring sunshine. Meandering around the city, the streets are permeated with a pungent and exotic aroma, the heady elixir of these hardy and bitter fruits that are synomous with Sevillan earthy passions.

The Corral Del Rey, is a small 17th century townhouse hotel located right in the heart of the old Barrio Alfalfa district. Just 5 minutes? walk from Seville?s famous cathedral, this little gem of a hotel has just 6 rooms, but is superbly located and packs huge amounts of vibrancy and a chic cool, accompanied by impeccable service. Ask for one of the Deluxe suites which are surprisingly spacious and have beautifully atmospheric white-beamed vaulted ceilings. From here, you can stumble to the beautiful Catedrale de Santa Maria de la Sede ? Seville?s largest medieval building, commenced in 1402 to demonstrate Spain?s immense wealth, and home to the longest nave in Spain, as well as the tomb of Christopher Columbus. The city?s famous bell-tower The Giralda is also here ? a magnificent building that dominates the Seville skyline salvaged from the Almohad Mosque that originally lay on the site.

Lunch can be taken in one of the inordinate number of lively Tapas bars, or can become a more leisurely affair with a more traditional 3 course menu, but either way a little mid-afternoon siesta is a definite part of the culture. Everything in Seville seems to start a little later ? lunch and dinner frequently don?t start before 2.00pm and 10.00pm respectively, but when combined with an afternoon nap, this slight time adjustment means you are well-prepared for the evening?s activities that are such an integral part of absorbing the vitality that typifies Seville.

“I also strongly recommend a visit to the Museo del Baile Flamenco. The entire city seems to be punctuated with an eternal sound of Flamenco beats…”

La Giralda, on Mateos Gago 1, is arguably one of the best tapas bars in Seville ? reasonably priced, with good service and a few outdoor tables that offer great views of the Giralda. Serving delicious dishes such as Solomillo al whiskey (beef sirloin in whisky) and Pimientos del piquillo con musselina de bacalao (red peppers stuffed with cod), it also has a beautiful vaulted ceiling and a good selection of sherries. Alternatively try, Las Teresas which lies near the hotel in the heart of Barrios? windy cobbled streets. Unashamedly traditional, the hams hang directly above your head, and the walls are decorated with antique posters of Seville and bottles of vintage sherry. If the climate is kind to you, the outdoor tables provide an excellent vantage point to watch the evening strollers on their Paseo. 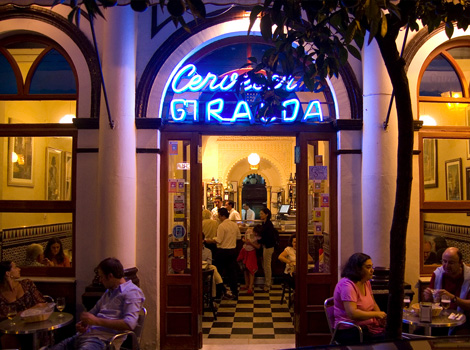 Carneval De Cadiz takes place towards the end of February (16th ? 26th Feb), and is a 10 day festival of drinking, dressing-up and street style nightlife. Satirizing current events, and with costumes designed as parodies of the rich and famous, this carnival is full of the hot and vibrant Spanish personality ? and the City of Seville Marathon also takes place in February this year, (Sunday 29th) its flat course and gentle sunshine being an ideal start to the gruelling Marathon season.

I also strongly recommend a visit to the Museo del Baile Flamenco. The entire city seems to be punctuated with an eternal sound of Flamenco beats, and this museum is a really impressive venue to get to grips with its influences as well as its history ? and with a short programme of Flamenco performed each evening, it sets an ambience that lends an infectious vitality to your evening.

The Seville nightlife is well-documented as being some of the liveliest in Europe, and Seville knows how to party. The Cathedral Club on Cuesta del Rosaria, 12 is a good example in point. Decorated to resemble a cathedral, there are no holy remains here, just a vast number of loyal and devoted fans flocking to this exclusive spot to dance the night away to a mix of techno and disco, as well as some flamboyant floor shows with drag queens and go-go dancers. Be prepared for a late night however ? things rarely get going here before 2.00am, and doors stay open until 8.00am. 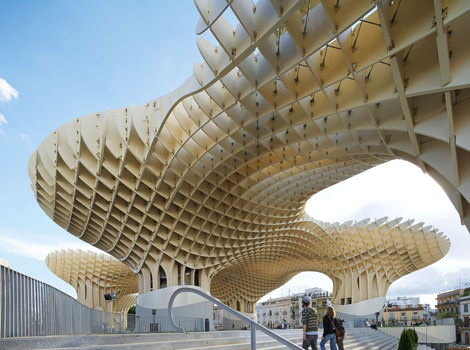 Less conspicuous is Birdie on Avenida San Francisco Javier. An unassuming café during the day, Birdie transforms itself into a rather luxurious and exclusive dance club at night that attracts a regular mix of singles, professionals and hardened dance fans.

The following morning will inevitably be a little slow, and I recommended a visit to Seville?s newest piece of architecture, The Metropol Parasol. Commissioned in richer times for Spain, and originally built to provide summer shade and to regenerate the square in which it lay, this spectacular structure has totally revitalised the Plaza de la Encarnacion, and its daring and inventive design seems to come alive amidst its neighbouring buildings. During excavation, the basement was found to contain the ruins of a Roman district, as well as a staggering number of mosaics that are quite breath-taking, and these historical artefacts provide a refreshing cultural alternative to the shops, market and concert podium housed above. The roof has a restaurant and viewing gallery, but the absolute must is the undulating pedestrian walkway that sits slightly above the roofline of the city and allows some of the most spectacular views, and a good starting point for a gentle stroll to clear the cobwebs from the night before.

Plaza de Espana has also been recently reopened after a lengthy restoration project, and its stunning square dates back to 1929 and has four lavish bridges that convene over 48 elaborately decorated sections of polychromatic ceramic tiles representing the provinces of Spain. This really is the ideal spot in which to sit and relax over a caffe du leche, or over some olives and sun-ripened tomatoes, or a plate of delicious jamon Serrano.

Seville is somewhere to step out and lose yourself amongst its strong and hot-blooded heritage ? to remember your Hemingway and your Carmen, and to imagine yourself in the city at the various stages of its history. Its Arabic heritage is much in evidence, but so too are 17th century colonialism and the vibrant early twentieth century. For Valentine?s it really does provide a refreshing alternative to the more obvious cities, and you will leave with an inexhaustible library of memories over which to reminisce for many years to come. Fly direct to Seville from TAG Farnborough Airport in a Mustang (it may require a short fuel stop) from £16,800, or a larger Excel could take up to 4 passengers from £26,700. Why not unwind with a night at Aviator on your return? Just 5 minutes from the airport, you can relax in a Sky Suite and catch up on some sleep after the inevitable late nights. A 3 night break at the Corral Del Rey, with private transfer and a night in an Aviator Sky Suite will cost from just £1495.