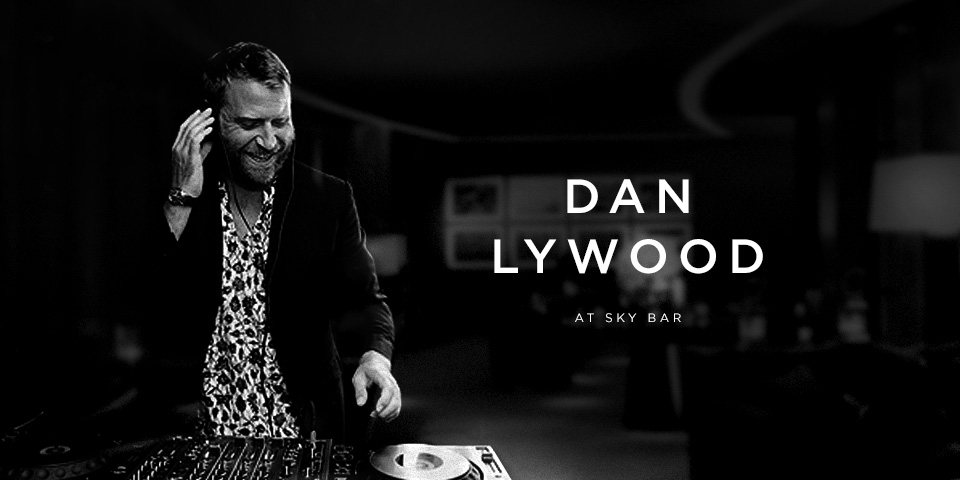 Dan Lywood heads to Sky bar for an intimate set and the second guest DJ night. A regular DJ at Whitechapel and Serpentine art galleries, Dan’s expected to bring a mix capable of matching the best gin we’ve got.

On Friday 5th October, Sky Bar leaves itself to the attention of Dan Lywood, his vinyl and an intimate guest list of 100. As co-founder of Playlister, London’s leading music programming and curating service, Dan?s rich sounds have seen him work with some of the most prestigious names in fashion, music and art including, DJ?ing for Prada, Miu Miu and Louis Vuitton and playing at Elton John?s Winter Ball.

In his early career Dan helped to set up Sound Architecture, a specialist music consultancy, where he became firmly established for producing impactful fashion show soundtracks for leading designers such as, Matthew Williamson, Roland Mouret, Givenchy and Vivienne Westwood.

Since then, Dan has become the recommended supplier for the Whitechapel and Serpentine art galleries and regularly DJs at private members? clubs across London

Sky Bar’s resident mixologists will be concocting their renowned assimilations of spirits as normal throughout the evening.

To add your name to the guest list please email Megan on: ms@aviatorfarnborough.co.uk. Over 25’s only. Limited to 100.