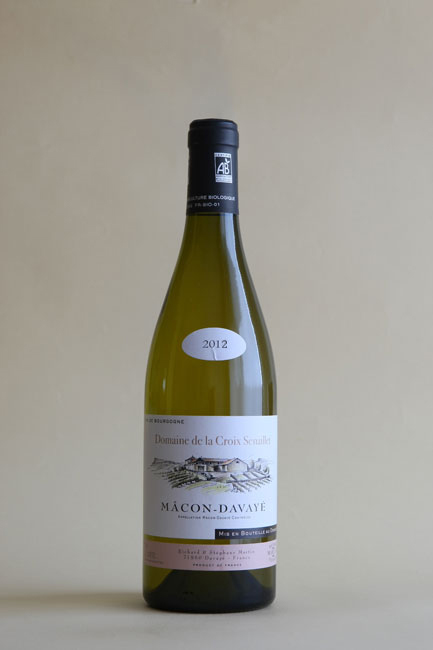 Located in Davayé, in the South of the region, Domaine de la Croix Senaillet is quite literally surrounded by history, tucked away at the foot of the famed rock formations of Solutré. The estate, unlike its prehistoric backdrop, has undergone a sea of changes in recent years, namely since brothers Richard and Stephane Martin took over the running of the Domaine in 1992, and has recently been proclaimed fully organic. Previously, their father Maurice had controlled proceedings, but after his retirement, the new co-owners implemented a series of changes that saw Domaine de la Croix Senaillet rise steadily among the ranks of quality Burgundy producers.

The key alteration was the decision to expand; in the last 20 years Richard and Stephane have grown the vineyard from 6.5 hectares to 25! A more recent series of changes has rendered the estate fully organic, as every aspect of the production process was scrutinised from vine to bottle in an effort to improve the quality of their wines ? a campaign which has undoubtedly proven most successful.

A great expression of un-oaked chardonnay! The limestone-rich soils of the area lend a nice mineral-like character, complemented by green apple notes and hints of melon.